Winter has truly arrived in Oregon and if you weren't able to see any of the Portland Winter Lights installation locations across Portland last weekend, take an Instagram tour through @portlandwinterlightfestival and hashtag #pdxlightfest. As if the pandemic has not kept us at home enough, now we are living inside of a snow globe! Here's some inspiration from the Solus Line Card to get you through this winter day and sliding straight on into the weekend. We hope you enjoy! 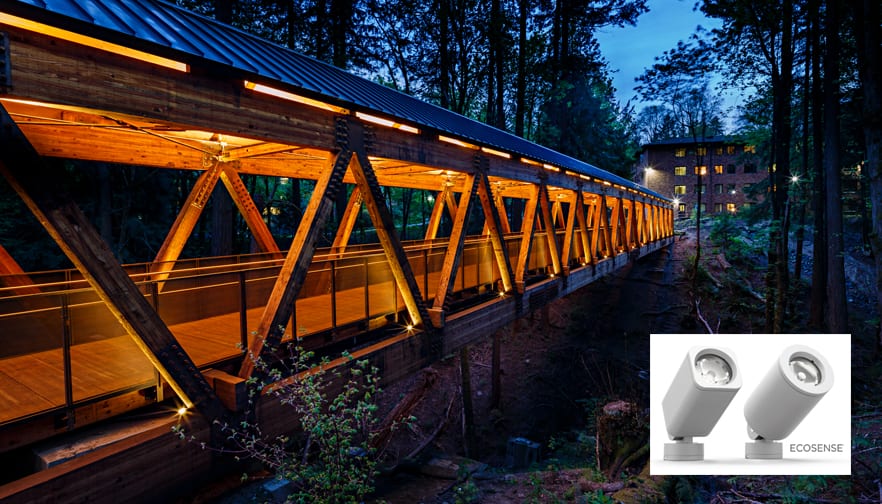 The pedestrian bridge at Lewis & Clark College got a beautiful makeover with Ella Mills of Biella Lighting as lead lighting designer. With the Ecosense Rise F080's Laser Spot (5°) optic, she was able to meet strict Dark Sky requirements while highlighting the angled column supports of the bridge, creating visual interest. Read more about this project in LD+A Magazine, page 30.

Rise lumen packages range from 429 lumens to 1140 lumens in the F080 (and up to 17,400 lumens in larger models), with a 2x higher center beam candlepower than the average floodlight. While it is an exterior rated luminaire, this compact single head design has become one of our favorite options for indoor applications as well, due to its availability (2 week ship time for most SKUs with select SKUs shipping in 48 hours) and wide variety of beam options, accessories and color temperatures. Get the details on the Rise F080 Single and the complete Rise family.

Formala is a flexible linear brushed aluminum with an LED strip that can be positioned in an infinite variety of configurations. The small magnetic components hold down the LED strip to the aluminum. With two sizes available for onboard drivers, and four sizes applicable with a remote driver; this wall light adds shape and movement to a space. Designed in Italy by Cini&Nils and brought to North America by Zaneen, this harmonic ribbon is a simple way to make a bold statement. 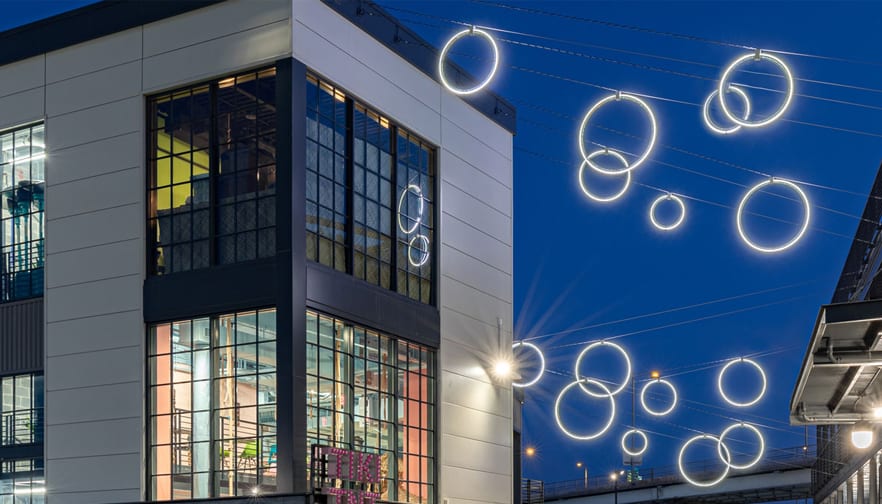 We love how the Plexineon Rings were combined to create this non-traditional take on catenary lighting at The Wharf, a waterfront development in Washington, D.C. This angled catenary system with glowing LED rings creates not only a stunning visual feature in this plaza entryway but also provides functional egress lighting. This installation used 15 vertical rings in 2', 3' and 4' diameters. The Plexineon Rings can be used in so many different applications, with a wide variety of mounting options, diameters and colors available as well as both vertical and horizontal rings. Get the specs on Plexineon Rings here. 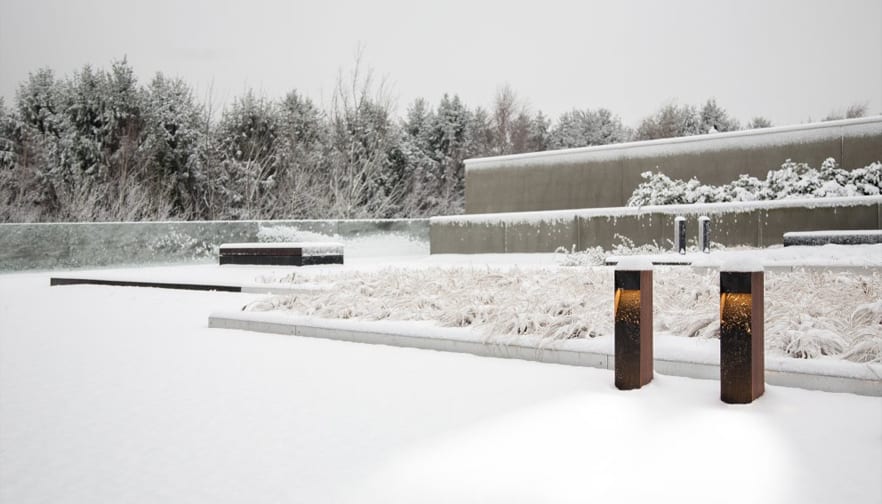 Kreon Raga is a timeless exterior bollard luminaire designed to provide an attractive surrounding glow to buildings and pathways. An LED light source is complimented by a choice of stone or steel material colors that defines its personality. This bollard is available horizontal or vertical and suitable for installation in concrete or on a wide range of flooring. Learn more about the Raga and browse the new Kreon US Novelties catalog to see other great statement pieces from Kreon North America. 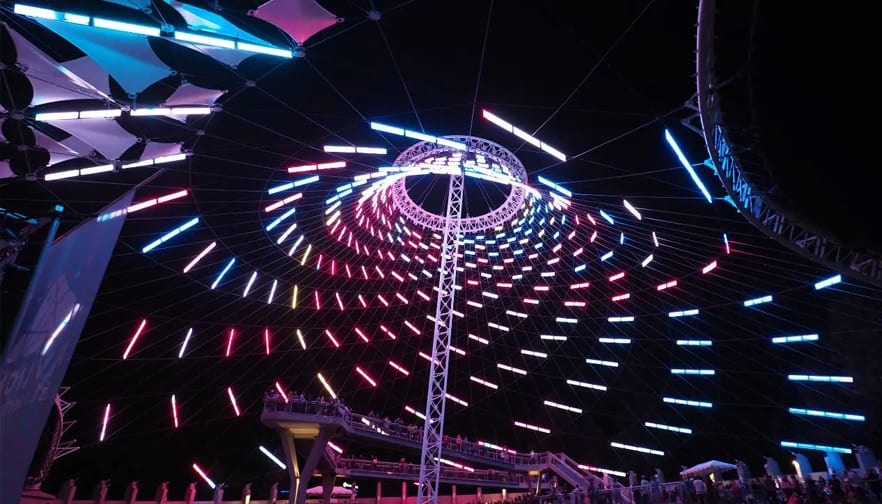 Riverfront Park in Spokane, WA was the site of the World Expo of 1974. When the pavilion's cover was removed in 1979 it left behind the structural mesh. The US Pavilion became the key visual attraction of the city's recent renovation, where designers collaborated with GVA Lighting on a design that incorporated 479 custom RGBW Highlighter BLADE LED fixtures of various lengths. The Riverfront Park Pavilion in Spokane Washington received the Outdoor Lighting Design Award of Distinction and the Control Innovation Award of Excellence in the IES 2020 Illumination Awards. Read more about the Highlighter BLADE, and watch a video of the RGBW color changing installation below. 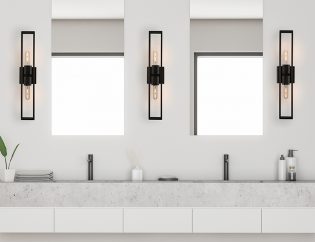 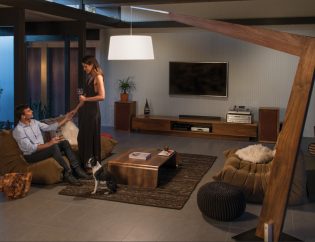 vamtam-theme-circle-post
 Category Decorative, Newsletter
Consider what a difference the addition of the perfect lamp can make to the mood and functionality of your home. Here's a wide selection of floor lamps, table lamps and portables we recommend checking out
 Tags floor lamp, portable lamp, rechargeable, table lamp
Read More 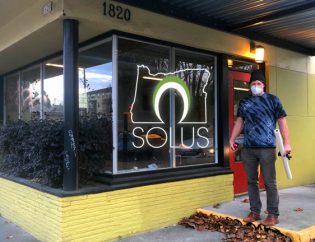 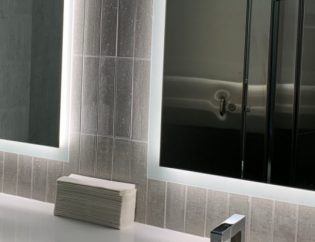 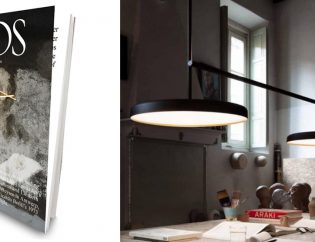 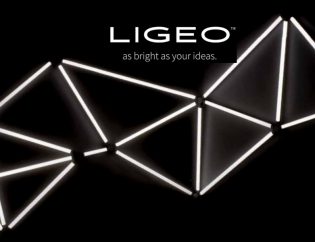 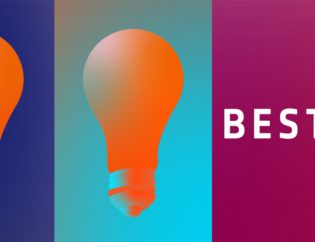 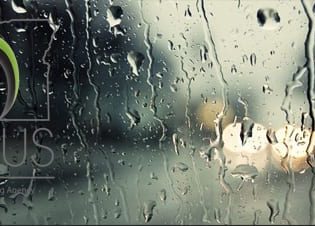 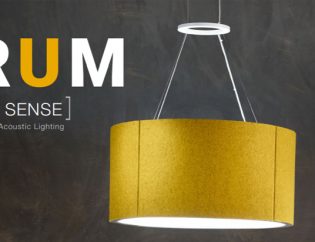 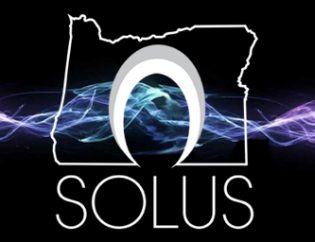 vamtam-theme-circle-post
 Category Newsletter, Quickship
If that pesky 6-8 week lead time has got you down, fear not! We've compiled a list of our go-to Quick Ship programs for you to keep handy for when the time comes.
Read More

Shining Light on Alora